Los Angeles, CA & Helsinki, FINLAND - June 14, 2017 -- Alcon Entertainment and the Finnish mobile game developer and publisher Next Games are partnering to create a mobile game for Blade Runner 2049, as announced today by Next Games CEO Teemu Huuhtanen.Blade Runner 2049 is an upcoming sci-fi thriller directed by Denis Villeneuve and executive produced by Ridley Scott. The story is by Hampton Fancher who co-wrote the screenplay with Michael Green. The sequel has Harrison Ford reprising his role as Rick Deckard, with Ryan Gosling, Ana de Armas, Sylvia Hoeks, Robin Wright, Mackenzie Davis, Carla Juri, Lennie James, Dave Bautista and Jared Leto also starring.The film is set for release in 3D, 2D and IMAX worldwide on October 6, 2017.Next Games CEO Teemu Huuhtanen stated: "We are thrilled to work on Blade Runner, a true pop culture icon. We are determined to deliver on Blade Runner's unique themes and vision of the future. Both we and Alcon Entertainment value mobile games that are authentic and true to the original property. Our partnership is a confirmation of Next Games' mission to redefine the way entertainment franchises can be transformed into, and enhanced by, highly engaging mobile games enjoyed by millions of fans globally."Andrew Kosove and Broderick Johnson, Co-CEOs and Co-Founders of Alcon Entertainment, state, "We are excited to be working with Next Games on this exciting new endeavor. The world of Blade Runner is uniquely rich ground for storytelling across a variety of platforms, games included."Blade Runner 2049 is set thirty years after the events of the first film. A new blade runner, LAPD Officer K (Ryan Gosling), unearths a long-buried secret that has the potential to plunge what's left of society into chaos. K's discovery leads him on a quest to find Rick Deckard (Harrison Ford), a former LAPD blade runner who has been missing for thirty years. 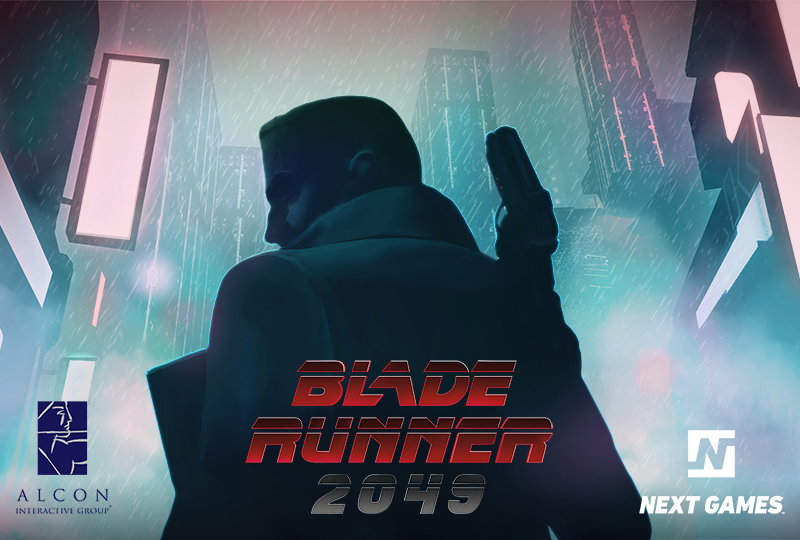 About Next GamesNext Games (Helsinki Nasdaq First North: NXTGMS) is the first publicly listed mobile game developer and publisher in Finland, specializing in games based on entertainment franchises, such as movies, TV series or books. The developers of the critically acclaimed The Walking Dead: No Man's Land redefines the way franchise entertainment transforms into highly engaging service-based mobile games. The Walking Dead: No Man's Land, based on the popular AMC TV series, has been downloaded over 16 million times, with the game mirroring, in near real-time, events as they occur in the show. Next Games employs over 80 people and is based in Helsinki, Finland.www.nextgames.com

Alcon Television Group's wholly owned hit series The Expanse, a critically acclaimed space thriller for Syfy Network, returned for a second season on February 1, 2017. Alcon Television Group's upcoming projects include the highly anticipated HBO four-part documentary The Defiant Ones chronicling the divergent roots and unlikely partnership of Dr. Dre and Jimmy Iovine and will feature in-depth interviews with Bono, Eminem, Bruce Springsteen, Nas, Ice Cube, Gwen Stefani, Snoop Dogg and Trent Reznor for release in 2017. Alcon Television Group's animated children's series Pete the Cat based on the best-selling books, is a co-production currently in development with Amazon Studios to be broadcast on Amazon. Additionally, Alcon Television Group partnered with HBO and Alex Gibney to produce, Sinatra: All Or Nothing At All, an intimate documentary portrait of the singer, actor, father, husband, and philanthropist that attracted more viewers for HBO from the 50+ age bracket than ever before.